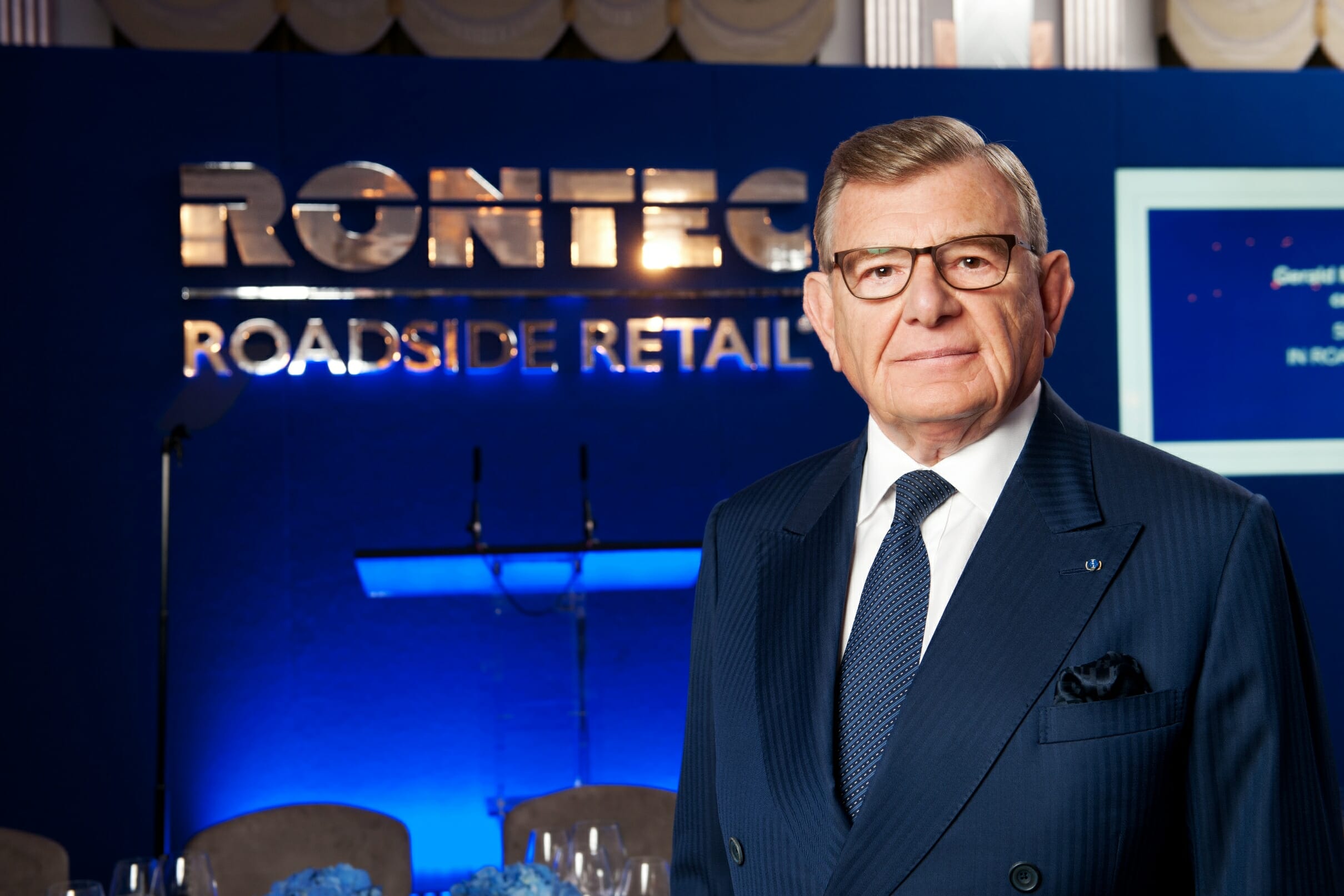 Gerald Ronson, the pioneer of self-service petrol stations in the UK, has merged his two petrol retailing businesses – Snax 24, the privately owned roadside retail operator, and Rontec, one of the UK’s leading independent forecourt groups.  The deal creates one of the UK’s largest roadside retail businesses, operating nationwide, and follows £100 million of acquisitions for Rontec over the last 12 months.

The enlarged Rontec group has also entered into a five-year supply deal with BP based on delivery of 250 million litres of fuel per year and with a potential value of £1 billion over five years.

The merger sees Snax 24’s 44 sites added to Rontec’s 166 sites to create a business with 210 stations, including two motorway sites, and total combined sales per annum of around £1.5 billion; the majority of the enlarged group’s sites are freehold.  The group, substantially all of which is owned by Gerald Ronson and his family and charitable trusts, will operate under the Rontec name, is based in Watford, and provides employment for 2,500 people nationwide.

Rontec’s focus is on creating destination sites.  Its retail outlets operate under the ‘Shop n Drive’ brand through which it sells its own ‘Eat Me’ food range.  In March 2014, it also incorporated 30 Subways and is scheduled to add a further 20 by the end of 2015.

“The merging of my forecourt interests represents the culmination of 49 years in the industry. Having opened our first petrol station in St Albans in 1966 and developed nearly 1,000 in the UK since, this is a business we are passionate about. The addition of Snax 24’s portfolio to Rontec’s sites strengthens what is already a formidable company run by one of the most professional and experienced teams in the sector, and enables us to sign major deals with suppliers such as BP, with whom we have a 30-year relationship.”